There is more support for Jewish state among youth exposed to “warts and all,” report says. 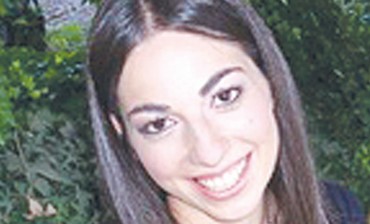 American youth who learn about Israel, including the country’s problems, are more “motivated to engage in more Israel-based service,” according to a report released on Wednesday by the Jewish Agency in conjunction with the NGO Repair the World.

The report, titled Serving a Complex Israel: A report on Israel-based Immersive Jewish Service-learning, “bucks the commonly held fear among mainstream Jewish organizations that Israel’s more difficult social problems will turn off young people from [the country],” according to JAFI.

“This fear has been why groups like Birthright, federations and even local synagogues have tended to shy away from immersing their participants, donors and congregants in situations that really show the Israeli-Palestinian conflict, Jewish-Arab tensions and extreme poverty.”

These findings are based on a survey of 332 alumni from 12 “immersive Jewish service-learning (IJSL) programs,” which engage their participants in “full time” community service for a minimum of a week.

Among the study’s conclusions is the assertion that those exposed to situations with a negative connotation, such as the religious-secular divide, the status of Israeli- Arabs or the sometimes precarious security situation “can come out with a deeper interest in serving and enrolling in future opportunities. The more these young men and women learn about Israel – warts and all – the more they are motivated to engage in more Israel-based service.”

In fact, the Jewish Agency believes that “more deeply understanding these dynamics intensifies a bond to the Jewish state” and that “volunteering in Israel often deepens, versus distances, a young Jew’s feelings for the country precisely because of its social complexity.”

According to Dyonna Ginsburg, the Jewish Agency’s director of Jewish service learning, “there’s no need for program providers and funders to present a rose-colored version of Israel to our young people.

“Quite the contrary, we should be looking for additional ways to present Israel as it really is. Immersive Jewish Service-learning (IJSL) participants have not been shying away from Israel based on their time there. They are clearly strengthening their connections to [the country], their heritage and the Jewish people,” she said.

“Young people – particularly those from affiliated households – become more passionate when their service brings a connection to their own personal heritage,” said Repair the World CEO David Eisner.

Participation in IJSL programs, the report claims, led 92 percent of alumni respondents to state that they “felt more attached to Israel.” A further 79% stated that they “felt more connected to their Jewish heritage and identity” and 78% reported they felt more connected to global Jewry. A large majority of alumni of these programs, the Jewish Agency claims, feel that their commitment to social justice has been strengthened as well.

The study also said that the respondents “indicated that it did not matter to them if they were serving Jews or non- Jews.” The Jewish Agency’s focus of late has changed from promoting aliya to strengthening Jewish identity in Diaspora communities, which it claims helps to combat assimilation.

Due to that focus, Jewish Agency funded programs such a birthright, which brings college age students on free tours in Israel, and MASA, which provides longer term professional and educational opportunities, have become increasingly important to the organization in recent years, as a way to combat what some see as rising disinterest in Israel’s wellbeing, among young American Jews.

Half of American Jews under 35 would not consider the destruction of the state of Israel a personal tragedy according to a 2007 study by sociologists Steven Cohen and Ari Kelman.

“Feelings of attachment may well be changing, as warmth gives way to indifference, and indifference may even give way to downright alienation,” they wrote in their report, Beyond Distancing.

“Inevitably, if sufficiently pronounced and widespread, this prospective sea-change in attitudes toward Israel will have profound effects upon American Jews’ relationships with Israel, with direct bearing upon Israel’s security.”

About the Author : Guest

There are no comments