Corps member Matthew (he/him) volunteers with Aviva sorting toys as part of his time in the Service Corps.

Become a Phone Buddy for Someone Experiencing Homelessness! Become a Phone Buddy for Someone Experiencing Homelessness!

Join from anywhere on your own time

We’re thrilled to partner with Miracle Messages to provide a fully virtual opportunity that enables you to make a huge impact in the life of someone experiencing homelessness. Miracle Messages has a ‘phone buddy’ program that matches volunteers with individuals isolated by homelessness for weekly phone calls and text messages to provide companionship and social support. After a brief info session and training (offered every Wednesday), you will be set up with a separate and secure phone number that will allow you to keep in touch with your buddy throughout the week. Sign up to learn more!

Join the Jewish Federation and Repair the World LA as we ring in the Jewish New Year by rolling up our sleeves in the Safe Place for Youth (SPY) Community Garden to support our neighbors facing food insecurity. The SPY Community Garden creates a sustainable food system for unhoused local youth. Organic produce grown in the Garden is distributed to their access center and five housing sites. The Garden, in partnership with Beyond Baroque, hosts compost bins operated by LA Compost.

Join the Jewish Federation and Repair the World LA as we ring in the Jewish New Year by rolling up our sleeves in the Safe Place for Youth (SPY) Community Garden to support our neighbors facing food insecurity. The SPY Community Garden creates a sustainable food system for unhoused local youth. Organic produce grown in the Garden is distributed to their access center and five housing sites. The Garden, in partnership with Beyond Baroque, hosts compost bins operated by LA Compost.

Join us to serve, to support grassroots initiatives and nonprofits, connect to Jewish values and learn about systemic issues and their local context. People of all backgrounds are welcome.

Strengthen your service by engaging in pressing issues through dynamic conversation guides grounded in Jewish values, such as repairing the world, tikkun olam, and justice, tzedek.

Increase your commitment to service and Jewish learning – become a part-time, stipended, service corps member. Join a cohort of your peers, learn about community needs, and directly serve one organization.

Build a deeper connection to local community rooted in Jewish values as a two-year fellow. Join an immersive national cohort, volunteering directly and recruiting others to address urgent community needs.

The way the program so urgently aims to give back to the community during these trying times is what appealed to me.

Michael (he/him) is thrilled to bring Repair’s fellowship program to Los Angeles, as he greatly believes in the power of service to bring people together in common cause. Previously, Michael spent six years as the Executive Director of Kinful – a K-12 social-emotional learning/intercultural exchange program connecting students in the U.S. with peers in South Africa, South Sudan, Tanzania, Turkey, and Ukraine. His passion for pursuing social justice through service-learning began in the Peace Corps as a Girls’ Education & Empowerment Volunteer in Mauritania and was later bolstered while serving as a United States – China Friendship Volunteer (what a title!) in Chongqing. Following the Peace Corps, Michael served as a Shriver Peaceworker Fellow in Baltimore with the Choice Program, whose mission is to disentangle young people from the juvenile justice system by strengthening youth and family ties to their communities. After his fellowship, he became the AmeriCorps Program Director, and later Director of Public Partnerships, for Blue Engine in NYC, whose mission is to maximize the potential inherent in every classroom, teacher, and student, so that every learner thrives no matter their race, income level, or learning style. During this time he also served as a Franklin Project Ambassador at the Aspen Institute (now Service Year Alliance) advocating for inclusive and equitable pathways to service in America. Michael holds a Bachelor’s in International Studies from the University of South Florida, and a Master’s in Public Policy from the University of Maryland, Baltimore County. In his free time, he enjoys surfing, playing video games, and telling everyone he meets why Deep Space Nine is the best Star Trek series.

Hi, my name is Cate and I use she/they pronouns! I was born and raised in Oakland, California, and recently earned my degree in Sociology-Anthropology from Lewis & Clark College. At Lewis & Clark I found a profound love for the outdoor spaces of the Pacific Northwest and found joy in exploring the city of Portland. Over the last year I worked for Jews for Racial and Economic Justice, and spent this past summer as a backpacking guide at a Jewish summer camp in Yosemite. Through the fellowship I am excited to develop meaningful connections and support individuals in creating the spaces they envision for their own communities.

Melissa was born and raised in Los Angeles, CA and graduated from the University of California at Santa Barbara with a BA in Religious Studies.  She went on to get an MBA at American Jewish University.  She spent the first 10 years out of college working in synagogues across LA in various positions – teaching religious school, tutoring b’nai mitzvah students, administrative support and eventually as Executive Director.  She has also been heavily involved in Jewish life through her synagogue, Temple Akiba of Culver City, since childhood.  Melissa attended and ran their Summer Day Camp, and still attends their summer resident camp as part of the Director’s team.  She loves the generational connection serving on staffwith, and taking as campers, the children of her childhood camp friends (Jewish Camp!)  7 years ago, she was looking to work more broadly to serve the entire Los Angeles Jewish community and began her tenure for The Jewish Federation of Greater Los Angeles.  Melissa is their Director of Community Outreach and in addition to running volunteer programs, she supports civic and community building programs with some of their external organizational partners.  Melissa is excited to add this deeper concentration on service and learning through the partnership with Repair the World.  Although she lost her husband to cancer in 2014, Melissa still lives in Los Angeles surrounded by life-long friends and family and with her cat Chicklet. Melissa is passionate about all things summer camp, finding time for work-life balance, dive bars, time for family and spending time with kids – nieces, nephews, youth group, camp and children of friends – pretty much all kids! 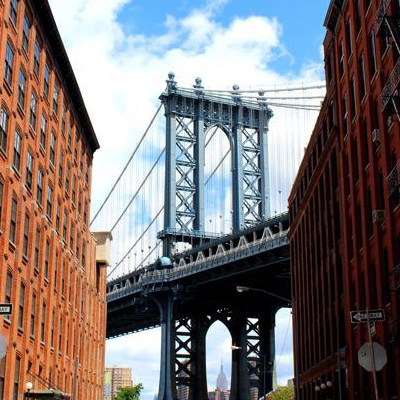